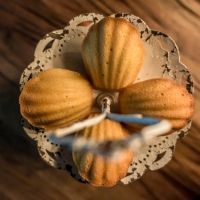 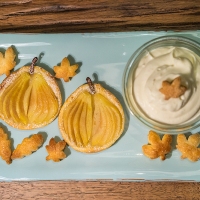 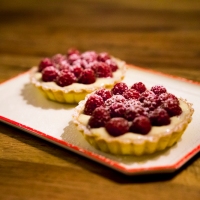 Cinnamon stars are traditional Swiss christmas cookies. There are crunchy on the outside, but deliciously mellow in their center. The preparation can be a bit tricky while cutting the stars because of the sticky dough, but if you take the time to make them, it is more than worthwhile all the work.

Beat the egg whites until stiff and add the confectioners sugar, mix well.

Put aside about 1 dl of the mixture for the icing.

Mix in the cinnamon powder, lemon juice and the almonds and knead it well.

Wrap the dough in a plastic bag and let it rest in a cool place for about 30 minutes.

Roll the dough out on sugar until it is about 5 mm thick. Use the cutter to cut out star shapes and then place the stars on the lined baking sheet. Re-roll the trimmings until all the dough is used.

Use a toothpick to spread the icing on the cinnamon stars.

Chill the cinnamon stars on a cool place for about 30 minutes.

Bake the stars in the centre of the oven for about 3 – 5 minutes, or until they start to turn golden.

Transfer them to a wire rack and leave them to cool completely.

The cinnamon stars may be stored in a cookie tin for up to 2 weeks.